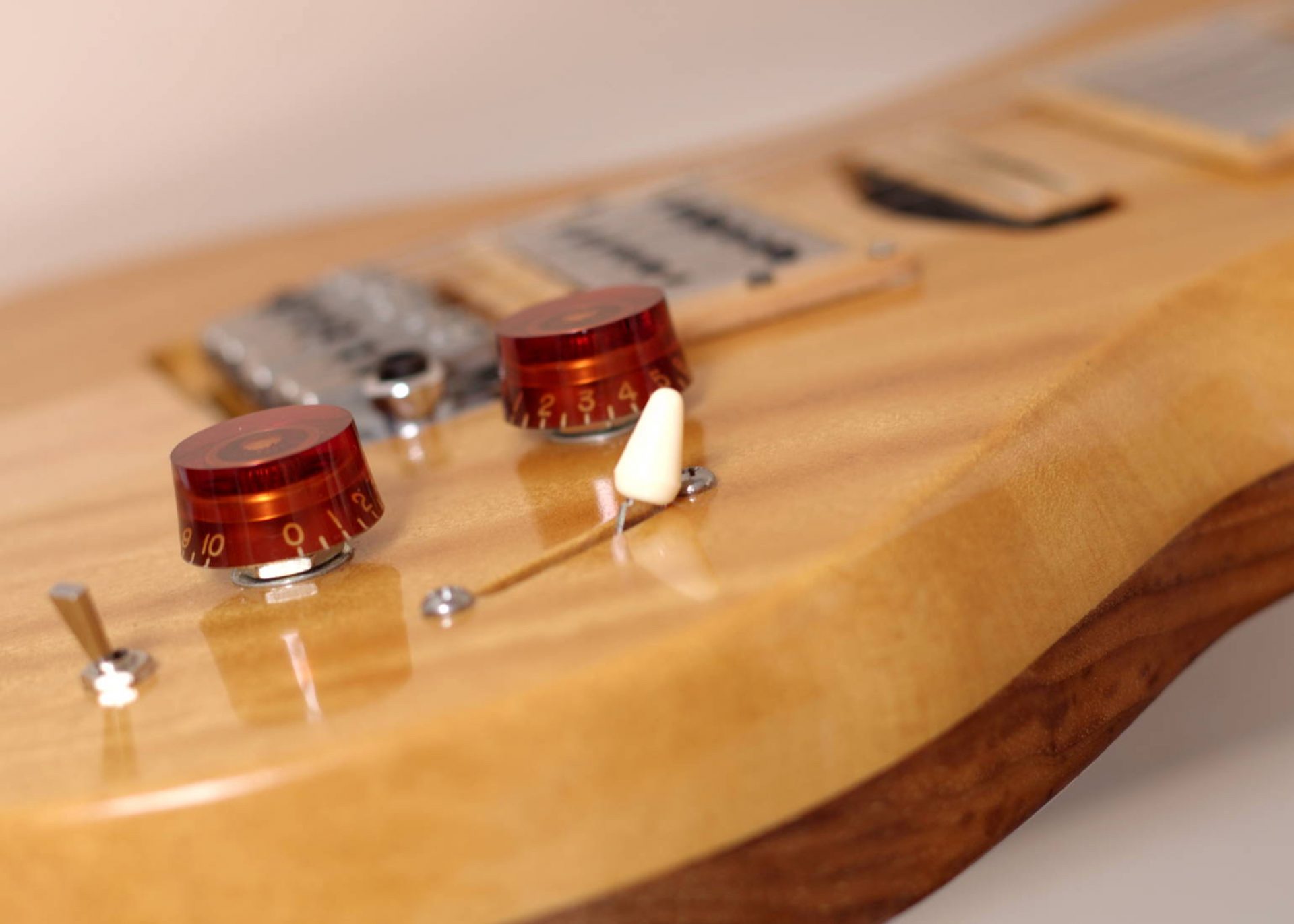 Phil, of P.I. Electrical Installations did a fantastic job of wiring everything up and installing the necessary hardware.

What I ended up with was a new fuse box in the workshop, an outside box on the shed (spray booth!), three power points, ATEX rated lights, and outside switching for the fan, lights and compressor.

I knew that I would need a dehumidifier to get the humidity to below 50% on the occasions that I’d be spraying nitro, so to save the (OUTRAGEOUS!) cost of an ATEX-rated dehumidifier and electrical sockets, I asked for regular sockets to be installed inside the spray booth. I just have to run the dehumidifier before spraying.

I made sure the the fan, which is ATEX Rated, was installed and ready to go before Phil came to do his magic.

Having two sockets inside is certainly very handy for the times I need to plug anything in, but I just have to make sure they aren’t in using while I’m spraying, or shortly afterwards.

More about Phil: My wife found his ad on Facebook a couple of months ago and he came round to survey what needed to be done. The fact that he has a very long waiting list means he must be doing something right, so I had booked him in before starting on anything else.

If you need an electrician who does very clean work, is easy to get along, does what he says he will, and respects your home, give Phil a call. You won’t be disappointed.

The Spray Booth is now wired. What’s next? Oh yes. The hard work!

Cookies are used here to give you the most relevant experience by remembering your preferences and repeat visits. By selecting Accept All, you consent to the use of ALL the cookies. It doesn't hurt, and don't worry - you can visit Cookie Recipes to tailor the cookies to your tastes. Chocolate chip may or may not be available at this time.
Cookie RecipesI love guitars and cookies
Manage consent

This website uses cookies to improve your experience while you navigate through the website. Out of these, the cookies that are categorized as necessary are stored on your browser as they are essential for the working of basic functionalities of the website. We also use third-party cookies that help us analyze and understand how you use this website. These cookies will be stored in your browser only with your consent. You also have the option to opt-out of these cookies. But opting out of some of these cookies may affect your browsing experience.
Necessary Always Enabled
Necessary cookies are absolutely essential for the website to function properly. These cookies ensure basic functionalities and security features of the website, anonymously.
Functional
Functional cookies help to perform certain functionalities like sharing the content of the website on social media platforms, collect feedbacks, and other third-party features.
Performance
Performance cookies are used to understand and analyze the key performance indexes of the website which helps in delivering a better user experience for the visitors.
Analytics
Analytical cookies are used to understand how visitors interact with the website. These cookies help provide information on metrics the number of visitors, bounce rate, traffic source, etc.
Advertisement
Advertisement cookies are used to provide visitors with relevant ads and marketing campaigns. These cookies track visitors across websites and collect information to provide customized ads.
Others
Other uncategorized cookies are those that are being analyzed and have not been classified into a category as yet.
SAVE & ACCEPT